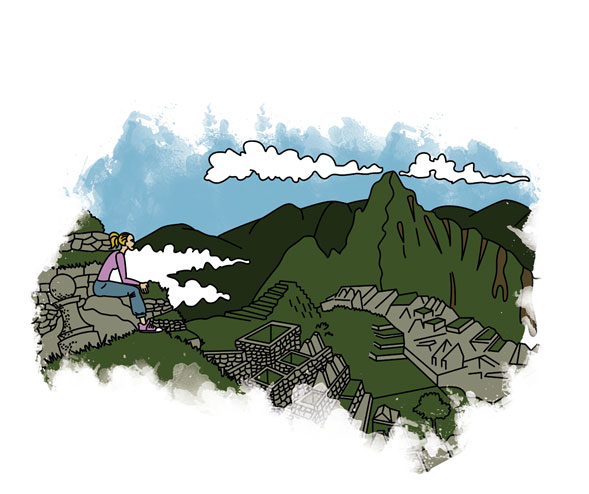 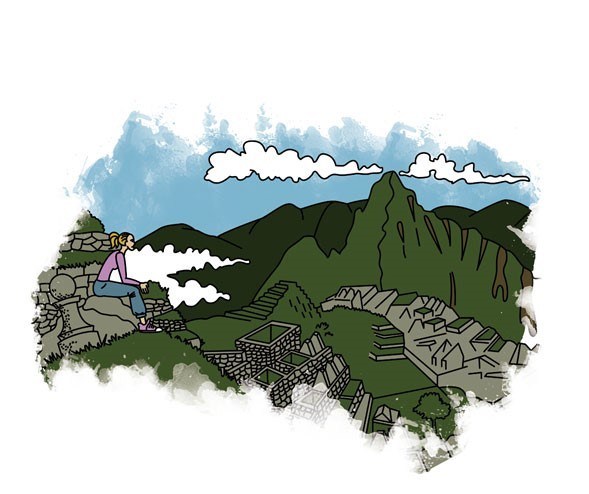 Maria was at the top of Huayna Picchu Mountain, near the temple of the moon, she was sitting staring at the infinite … always in front … “Every experience teaches us something”, She thought. Ironically, The Archeological Center of Machu Picchu is the most visited but the least studied place, because if it is said that it is a place of worship, then where are the temples? And there are about five known temples in that city, which makes it a place of prayer for the divinities of the Andean world, concentrated in a citadel, she reflected. Then she thought and asked herself: did the Incas meditate? … She was distracted when a hand touched her shoulder and she felt the warmth of love, the one which covers everything, the one which fills the sky, the earth, the sea…

Marco Aurelio, her husband, looking into her eyes, told her with a smile how much he loved her. Mary was for him his tenderness, his harmony, his eternity. A year before he had asked her to marry him in that beautiful setting, and to celebrate their first anniversary, their paper anniversary, they returned to the same sacred place.

If this is such a beautiful place, then why do you think it was abandoned? she asked him.

-Because the Catholic Church, when they committed the genocide in Peru, in the Incas times, they forgave the people but killed all the Incas religious leaders and destroyed their temples, since they considered that these were a direct threat to Christianity. “It was idolatry”, they said, and this place had to be hidden from the sight of the Spaniards; the priests of the panaca of Pachacútec who inhabited Machu Picchu had to hide within the population in Cusco.

– How do you know that? Maria asked surprised.

“This place is magical, it tells you its story if you want to hear it,” Aurelio answered.

-What else did it tell you? – Mary had already been aroused curiosity.

That there are three temples: one, that of the condor; another, that of the puma, which is in the Intihuatana; and a third that of the serpent, which is under the earth and above, in the neighborhood downtown, where the walls are finely carved; the access is through stairs which lead to nine perfectly square chambers.

-And if that third temple really exists, why does not it come to light.

-The government itself does not want to do it. Machu Picchu was not shown to the world, despite the fact that people lived in its ruins, because its exploration and deforestation work had a cost of 750,000 dollars which was afforded by foreign capital.

Their conversation was getting interesting. Marcus Aurelio telling Maria “although the hourglass has an end, I will always have plenty of time to love you”, he sat next to his wife, and watched with her in silence the imposing landscape, the Urubamba River, the Machu Picchu citadel, that scenario of nature which made them feel so small, where you can only give thanks to life because you are full of love, like a purple corn seed ready to grow, to bear fruit, to share a life together, to learn to live well. They had everything at that moment, one to another, and that was more than enough…

The wind as a gentle breeze touched their faces.

“The night will blackens, we have to go down the hill,” Maria said. “Tomorrow will be another day.

-Why do not the temples have a roof?

-Well, to be able to watch the Hanan Pacha, the Universe above, to have a better and greater communication with the immensity of nature, even at night, when it is more beautiful, but it is just that in this sanctuary nocturnal visits are not allowed because going up the hills at night can cause fatal accidents in places that someone does not know. For the Incas nocturnal meditation was to see the other side of duality, in the moonlight.

-How many things did this place tell you?

“Not everything, just what I asked,” Marco Aurelio answered. Do you have a question?

-What does the temple of the three windows mean?

“We will ask it tomorrow, my love,” Maria said, who was not going to remain with the doubt. She looked at her husband, she knew the gift he had and she would admire him for that too. The man she loved had something of her, It is just that she did not want to tell him about it yet; his ability to find love even in the giant stone walls.

Next day, very early in the morning, the couple climbed back to Machu Picchu, on their mission to see the mystery of the temple of the three windows. It was low tourism season, so this gave them time to be alone and to meditate holding hands; in that way, as an electrical shock, what would happen to one, it would be seen by the other.

When the sun reached the middle, the couple felt the communication. And in just an instant everything stopped. María, felt the shake of time stopping and her legs trembled. As when a heavy wheel stops moving and the wind blows hard coming from infinity and buzzes her ears, she squeezed Marcus Aurelio’s hand tightly, and opened her soul’s eyes and saw the violet light pointing at Marco’s forehead. Oh … what should I do? She said with some fear, and pressed even harder the hand of her beloved one; she looked at her own body and there was also a turquoise light illuminating her …

The both had the answer to the mystery. They opened their eyes and a smiling little boy was sitting swinging in the center of the three windows. “You’re going to fall,” Maria shouted, Marco jumped up, and ran to the window, then he skipped the rope which exists to prevent the curious ones to see what is beyond, he hugged the little one, took him in his arms and put him in mainland safe and sound.

-Why did you do that? Marco Aurelio asked the boy.

-“You did the same,” the boy replied.

-You do not consider the danger of your acts. Lucky you I hugged you, -said the boy-. If not, you would have fallen carrying your wife with you.

Maria got close. She had not heard the conversation. She hugged the little boy with her maternal instinct.

-Are you ok? Are you scared? She asked and then she hugged him again and looked at him tenderly.

-Were you in our wedding? She asked surprised.

-We were all-, he answered. Thank you for coming back. My mom sent me this wedding gift, she said she feels sorry for not giving it to you before because everything happened so fast. I have to go now, see you soon.

Then, the boy ran away without giving them any chance to talk.

Maria and Marco opened the gift. These were two embossed copper bracelets: one had an embedded image of a sun made of gold and on the side a silver chess king in a circle; and the other bracelet had a silver moon with a gold chess queen in the shape of a circle.

The couple thanked the sacred place. When they returned to Cusco, Maria asked her husband:

-What could we do to thank this beautiful land?

-I do not know, maybe we should do what we do best.

It was then that they looked for the school in Cusco where I am the principal, and they gave a simultaneous chess to the children, and this is what is left from that game: 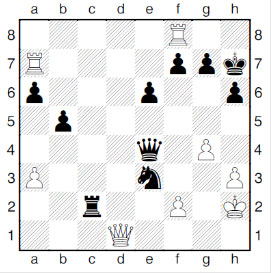 The attack is mortal and it will end in checkmate

When I said goodbye to the couple at the airport, I could not help to ask:

– What is the secret of the three windows?

Maria answered with a beautiful smile 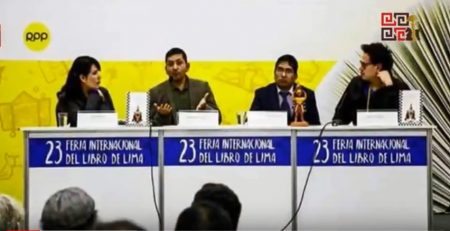 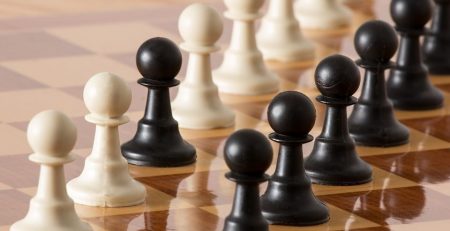 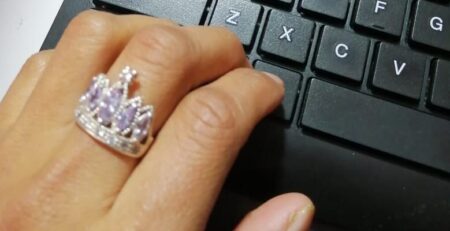 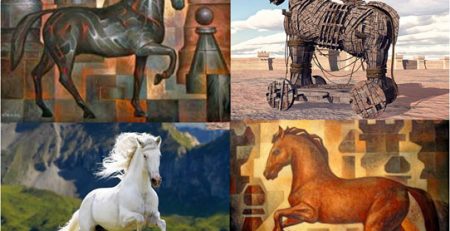 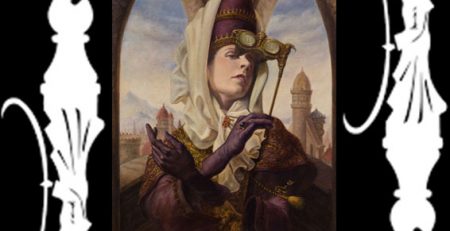 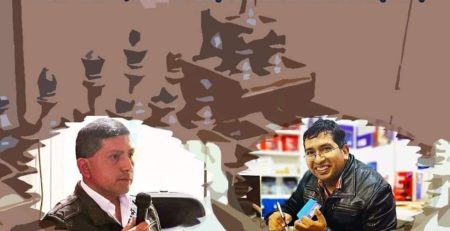 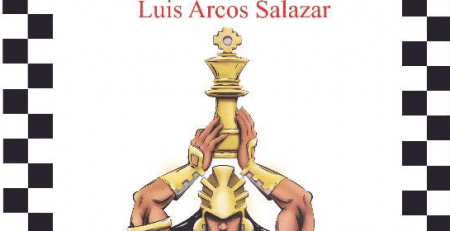 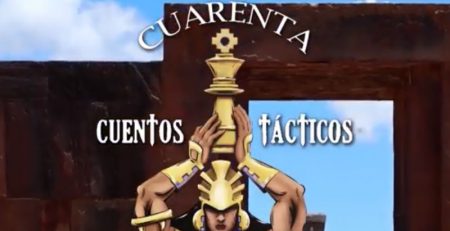 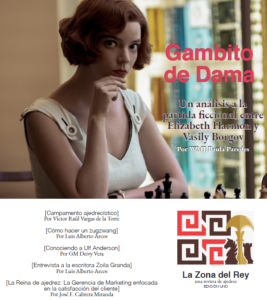